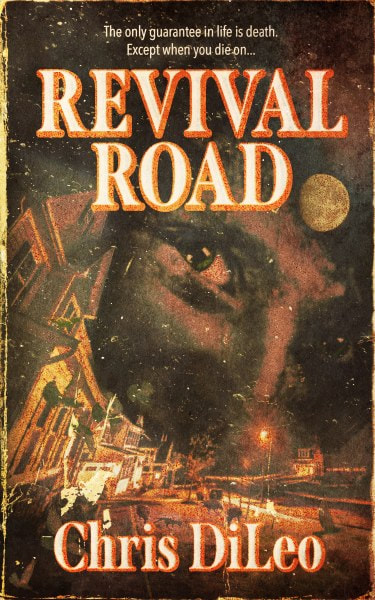 A PART OF GOD’S PLAN

On an average street in a typical suburban town, a child dies in an all-too-plausible accident. For Sherri Matthews, a neighbor who has dedicated her life to God’s calling, this is part of God’s plan. And when the child wakes in the morgue seemingly healed, Sherri knows she must now prepare the way for what comes next.

A SINISTER POWER AT WORK

“Something big is coming,” the revived child promises. His pet dog, dead and buried weeks prior, has come back as well, but more monster than mutt. Abbott French and Ellie Pike have never trusted Sherri or her unwavering belief and don’t believe these resurrections are God’s work. But how to explain when his sickly mother dies and is resurrected? And what about the horror Chance Gold encounters in the woods and the voice that insists, You’re mine? Or the secret a mental patient who murdered her friend knows? Or the terrible thing Carl Nichols is hiding in his basement? Or the hundreds of crows gathering across the street as if in anticipation?

A SHOWDOWN BETWEEN GOOD AND EVIL

As Sherri gathers believers, she takes an unthinkable step to fulfill God’s plan. Meanwhile, Abbott and Ellie must find out why this is happening and how they can stop it. The stage is set for a gruesome, apocalyptic showdown between good and evil, between life and death—where life may be the most horrifying prospect of all.

Not your typical zombie novel, Revival Road is a fast-paced thrill ride of horrors human and supernatural, an exploration of the dark underbelly of suburban life, and a testament to fears elemental and otherworldly.

The only guarantee in life is death.

Except when you die on Revival Road. 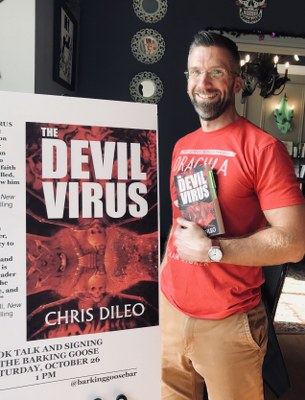 DiLeo grew up in a house filled with books and fell in love with the written word before he even started school. That love grew even further when he penned his first story, a tale he wrote in second grade about a raindrop that is born in the clouds, lives its full life as it plummets, and dies in a watery splash on the sidewalk.

His love for the macabre comes from his father. Warren DiLeo loved Halloween, decorating the house in lavish, grand fashion, complete with gravestones, costumed mannequins, fog and strobe lights. But the centerpiece was a wooden coffin fit for Dracula. In full disguise, Warren would emerge from the coffin to delight trick-or-treaters.

During the rest of the year, that coffin stood among the bookshelves in the basement. Its contents: horror novels. Following Warren’s death, 11-year-old DiLeo began reading those novels as a way to commune with his father.

DiLeo’s love for story and language found a home in the horror tale.

He sold his first short story (a Poe-esque tale of teenage madness and murder) when he was seventeen. He wrote his first novel two years later, and he hasn’t stopped since.

DiLeo teaches high school English in New York’s Hudson Valley where he tries to inspire a love for the unquiet coffin in his students. He is also at work on his next novel.