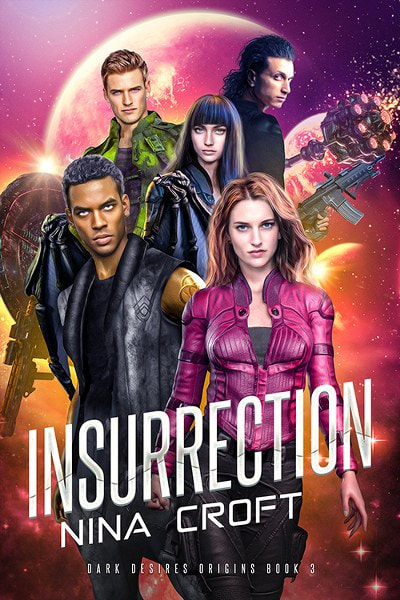 Malpheas is one of the most powerful demons from Earth, but when he wakes up from cryo on the other side of the galaxy, he notices something is wrong—he’s human. Oh, hell no. In order to get his powers back, he must remove the sigil on his arm by carrying out three good deeds. But acts of kindness aren’t exactly his strong suit. Working undercover as a security officer investigating a suspicious death, he’s assigned to work with Hope, the most softhearted woman he’s ever met. If she can’t teach him how to be good, no one can.

Hope is in a pot of trouble, and if anyone finds out what she did, that pot would quickly boil over. She just needs to lay low until she can figure out a way to fix this mess. But when she’s ordered to show Mal the ropes and introduce him to everyone, sorting out her problems becomes impossible. Mal is sexy as sin, broody as hell, and believes she can help him change his bad-boy ways. Fine. If that keeps him from discovering her ties to the rebellion, she’ll teach him how to be a perfect angel.

As they work together, though, it becomes clear that Hope isn’t the only one with a hidden agenda, and their irresistible attraction to each other just adds fuel to the fire. When secrets are exposed, they must make the impossible choice between doing what’s right and doing what’s necessary. 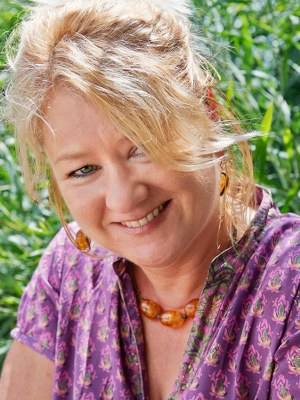 Nina Croft grew up in the north of England. After training as an accountant, she spent four years working as a volunteer in Zambia, which left her with a love of the sun and a dislike of nine-to-five work. She then spent a number of years mixing travel (whenever possible) with work (whenever necessary) but has now settled down to a life of writing and picking almonds on a remote farm in the mountains of southern Spain. Nina writes all types of romance, often mixed with elements of the paranormal and science fiction.

Posted by Bedazzled By Books at 12:04 PM