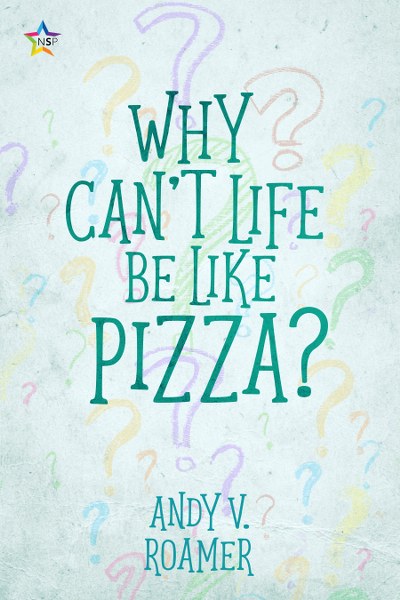 Why Can't Life Be Like Pizza?
The Pizza Chronicles Book 1
by Andy V. Roamer
Genre: YA LGBTQ Contemporary

RV is a good kid, starting his freshman year at the demanding Boston Latin School. Though his genes didn’t give him a lot of good things, they did give him a decent brain. So he’s doing his best to keep up in high school, despite all the additional pressures he’s facing: His immigrant parents, who don’t want him to forget his roots and insist on other rules. Some tough kids at school who bully teachers as well as students. His puny muscles. His mean gym teacher. The Guy Upstairs who doesn’t answer his prayers. And the most confusing fact of all—that he might be gay.Luckily, RV develops a friendship with Mr. Aniso, his Latin teacher, who is gay and always there to talk to. RV thinks his problems are solved when he starts going out with Carole. But things only get more complicated when RV develops a crush on Bobby, the football player in his class. And to RV’s surprise, Bobby admits he may have gay feelings, too. 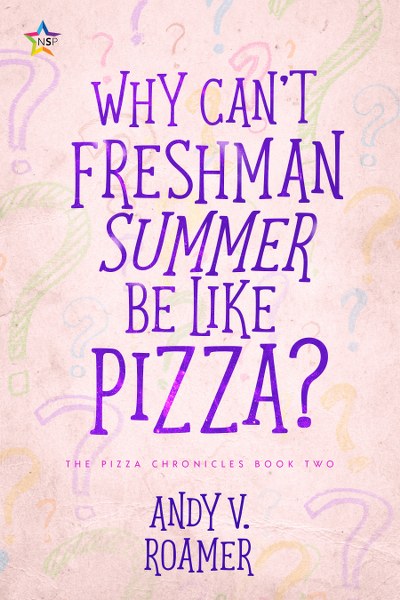 Why Can't Freshman Summer Be Like Pizza?
The Pizza Chronicles Book 2

RV, having successfully completed his freshman year at the demanding Boston Latin School, is hoping for a great summer. He's now fifteen years old and looking forward to sharing many languid summer days with his friend Bobby, who's told him he has gay feelings too. But life and family and duties for a son of immigrant parents makes it difficult to steal time away with Bobby.

Bobby, too, has pressures. He spends part of the summer away at football camp, and his father pushes him to work a summer job at a friend's accounting firm. Bobby takes the job grudgingly, wanting to spend any extra time practicing the necessary skills to make Latin's varsity football team.

On top of everything, RV's best friend Carole goes away for the summer, jumping at an opportunity to spend it with her father in Paris. Luckily, there is always Mr. Aniso, RV's Latin teacher, to talk to whenever RV is lonely. He's also there for RV when he inadvertently spills one of Bobby's secrets, and Bobby is so angry RV is afraid he is ready to cut off the friendship. 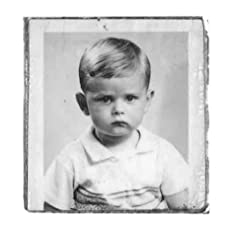 Andy V. Roamer grew up in the Boston area and moved to New York City after college. He worked in book publishing for many years, starting out in the children's and YA books division and then wearing many other hats. WHY CAN'T LIFE BE LIKE PIZZA? is the first novel in THE PIZZA CHRONICLES. The books follow the exploits of RV, the teenage son of immigrants from Lithuania in Eastern Europe, as RV tries to negotiate the four years of his demanding high school, his budding sexuality, and new relationships. To relax, Andy loves to ride his bike, read, watch foreign and independent movies, and travel.