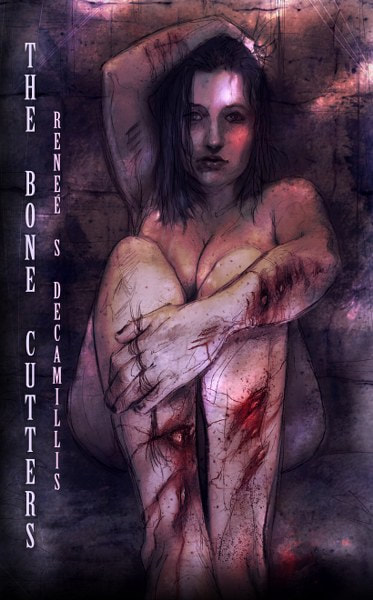 Dory wakes up in the padded room of a psychiatric hospital with no recollection of how she wound up there. She soon finds out she's been Blue-Papered--involuntarily committed. She gets sent to the wrong counseling group and discovers a whole new world of psychiatric patients she'd never known existed. At first she just thinks they're cutters, all marked by similar scars, but then she finds out that those scars are from carving into their bodies where they chisel and scrape their bones. They harvest bone dust, and this dust is highly coveted and sought after, as well as highly addictive. When they realize she's never been"dusted", Dory becomes their target. After all, dust from a "freshie" is much more valuable than theirs. Frightened for her life, she desperately tries to prove to the psych. hospital staff that she's not delusional about these particular patients wanting to slice her open and scrape her bones. The staff doesn't believe her. They all think she's crazy. Dory ends up on the run, fighting for her life, trying to avoid getting "dusted" by The Bone Cutters.

Like Girl, Interrupted and "The Yellow Wallpaper", The Bone Cutters is one woman's dark and surreal experience with a madness that is not necessarily her own. 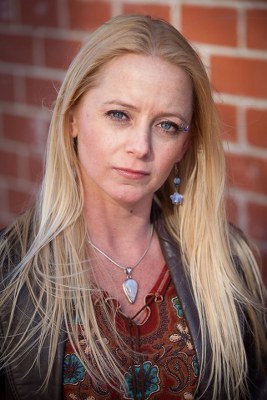 Renee S. DeCamillis is a dark fiction writer, an Editorial Intern with Crystal Lake Publishing, a member of the Horror Writers Association, a lyricist and poet, a life-long musician--hard rock/blues rhythm guitarist and singer, & a tree-hugging hippie with a sharp metal edge.

Renee earned her MFA in Creative Writing from the Stonecoast Graduate Program, she has her BA in psychology, and she attended Berklee College of Music as a music business major with guitar as her principal instrument. Music has been a huge part of Renee's life ever since she was a young child. She has been in a number of bands where she took on various roles, including hand percussionist. Renee is also a former model, school rock band teacher, creative writing teacher, private guitar instructor, A&R rep for an indie record label, therapeutic mentor, psychological technician, and pre-school teacher. (Yes, she loves to wear many hats; she is known to have worn thirteen hats all at once--literally.) She is also a former gravedigger; she can get rid of a body fast without leaving a trace, and she is not afraid of getting her hands dirty. Renee lives in the woods of Maine with her husband, their son, and a house full of ghosts.