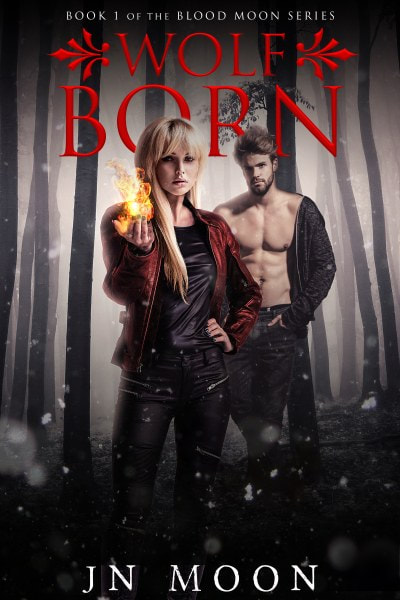 An ancient power revealed.
An enchanting love forbidden.
Only feeling true peace in nature, Emma thrives in her career as an ecologist. Yet when she learns her uncle has been injured, and discharged from the hospital into the care of an unknown stranger, she puts her life on hold to rush to his side. She tracks them down to a log cabin built deep within the notoriously haunted Wychwood Forest.
What big eyes you have...
In the depths of the woodlands, Emma’s uncle reveals a dark family secret none within their bloodline can escape. His swoon-worthy caregiver, Conor, warns a malevolent shadow is coming for all of them.  She is their only hope to survive, if she can channel a side of herself, she never knew existed.
What big ears you have...
As an ancient demon rises, and malicious spirits swirl and lash from all sides, Emma must decide who she can trust... if anyone.
What big teeth you have...
Set in Wychwood, England—the world’s most haunted forest—Wolf Born is an adult retelling of Red Riding Hood. Fans of captivating shifter stories, that intertwine monsters and romance, will be left howling for more Wolf Born!
Lift the latch and step inside, if you dare…
★★★★★Well, that was a twist on red riding hood for sure. Emma learns about herself and a world unknown to most. Lots of twists and turns. Keeping you interested in the book. And so, did not see the ending coming. A must-read book.
★★★★★ I was captivated by this story and couldn't put it down. The characters were indeed engaging, every twist was unexpected, and made the adventure powerful, and enjoyable. I hope you will take time and read this fantastic fantasy and love it as well.
**On Sale! Kindle Countdown Sep 29th – Oct 6th!!**
Goodreads * Amazon 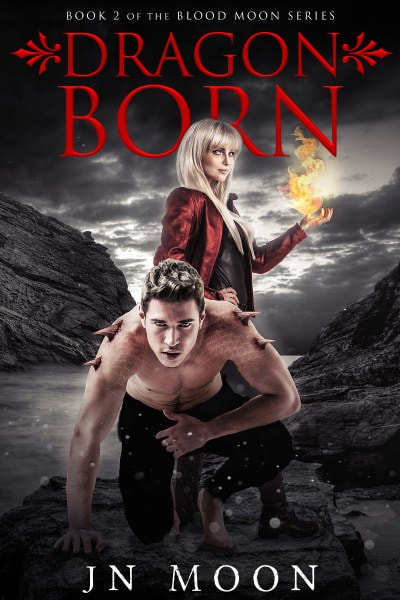 Would you steal Poseidon’s Trident to save your lover?
Luke has been kidnapped by Teran, a crazed Pagan sea god, and is being held deep within a sea cave. If Emma can’t find a way to save him, he’s sure to die. Or worse, be turned into Teran’s slave.
The blood of Dragon shifters is unrivalled and formidable...
Eliciting the help of a scandalous demon known as an incubus, Emma and her friends take their rescue mission to the seas. Within the watery realms of the Selkies and sea witches, they journey to Atlantis in search of Poseidon’s Trident.
The father of all monsters has risen.
Trapped underwater and sinking fast, only the gods can save them now. Can they convince Zeus to help the shifters he views as abominations?
He blackened out the sun as his wings opened.
Fans in search of the spellbinding mayhem of gods versus monsters will be left panting by Dragon Born!
Grab your life jacket, this is one hell of a ride!
**On Sale! Kindle Countdown Sep 29th – Oct 6th!!**
Goodreads * Amazon 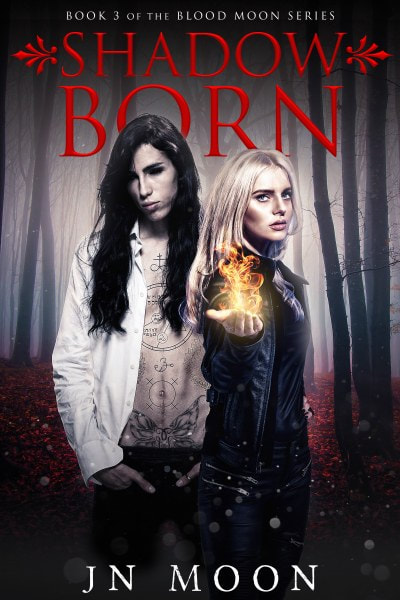 They say mortals are the most dangerous beings in the world. But there’s something far worse, and it’s on the hunt.
Wolves are being tracked and exterminated. An ancient order, known as the Watcher Angels, has embarked on a mission to eradicate all shifter abominations which they view as an affront to God.
Now, they have their sights set on Emma.
Driven to turn her divine power into a weapon with the ability to annihilate all supernaturals, they’re prepared to slaughter all who dare stand in their way.
Emma’s only hope to save her people is to travel to the Underworld to steal an ancient scroll from the Marquis of Hell. New alliances are formed, and friendships are tested as the old Order crumbles to allow a new era to dawn.
The trumpets of war sound in, Shadow Born, the epic conclusion of The Blood Moon Series!
**On Sale! Kindle Countdown Sep 29th – Oct 6th!!**
Goodreads * Amazon 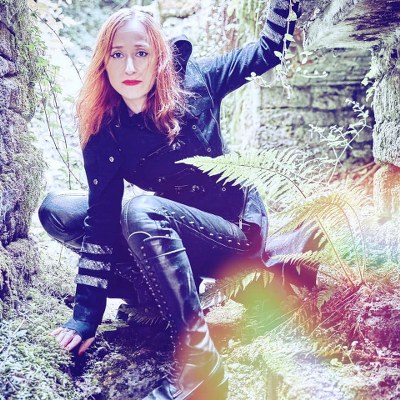 A writer of Dark Urban Fantasy with a smattering of gothic horror.
What got me hooked into vampires, as a kid I secretly watched Hammer Horror films on my tv, then reading the classics, Dracula and Frankenstein. I was always more interested in the vampires than Van Helsing!
Inspiring movies, Underworld, The Lost Boys, and Blade.
My books are gritty and action-packed, taking you into the underbelly of the world of the damned, who live alongside the world of the living.
Vampires, werewolves, demons along with mythological creatures are all mixed into my stories. A balance of fantasy and reality, a world that takes you, the reader away from the mundane stresses of life. And sometimes a smattering of the philosophical to...
Dark, Sublime, Gripping Stories.
When I'm not writing, I can be found wandering in nature, reading or at the movies.
I also enjoy hanging upside down! Been doing aerial arts for about 7 years.
If you want to connect, I like talking to like-minded souls so get in touch.
Website * Facebook * Twitter * Instagram * Bookbub * Goodreads