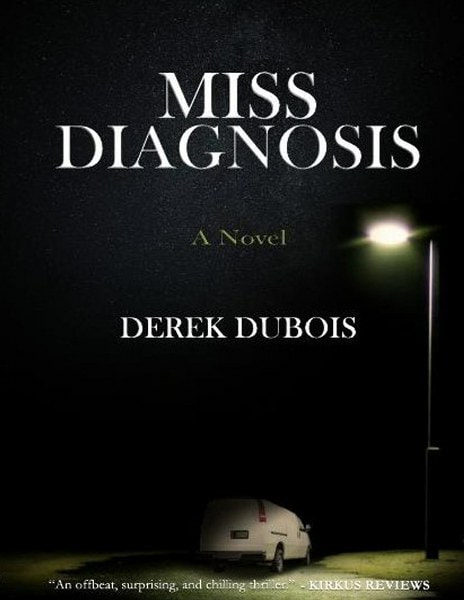 As a young medical student in Boston, Kate White is barely hanging on. The stress of interning at a top-tier teaching hospital, compounded by her father's recent death and her upcoming wedding to a superstar surgeon, are proving to be too much to handle.

Meanwhile, somewhere deep in the depths of the hospital's research laboratory, secretive experiments have led to a horrific breakthrough. As Kate finds each new test increasingly overwhelming, she becomes obsessed with seeking a way out, crossing all professional boundaries, and putting herself and her colleagues in harm's way.

In Miss Diagnosis, Dubois imbues his characters with nuance and realism which heightens the suspense when "the story takes a wild swerve in the final third that changes the straightforward crime drama into a horror story" (Kirkus Reviews). 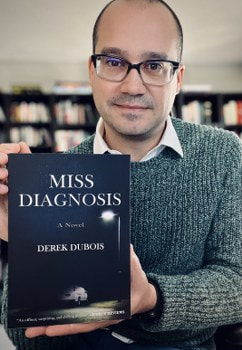 Derek Dubois is an award-winning filmmaker and writer. His stories and essays have been published in The Evansville Review, North Dakota Quarterly, Allegory Ridge, The Helix, Dreamers Creative Writing, and Senses of Cinema. Most recently, his essays Little Swimmers and Bachelor Party were named NOTABLE WORKS by the 2019 and 2020 BEST AMERICAN ESSAYS collections. Miss Diagnosis is his first novel. He lives in northern Rhode Island with his wife and son.