From the Ashes - Book Tour and Giveaway 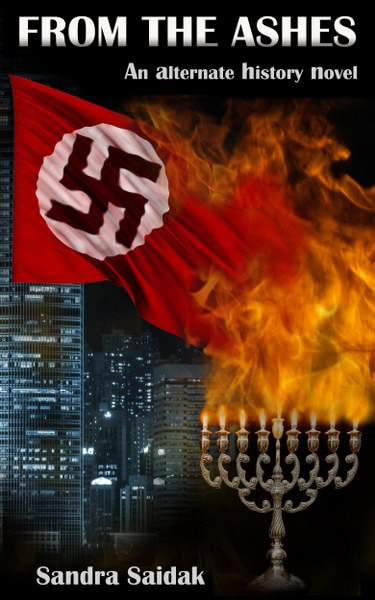 In a dramatic departure from her popular prehistoric fiction, Sandra Saidak now offers up her first alternate history novel.

Two generations after Germany won World War II, a lonely college student named Adolf Goebbels wanders into a dusty museum and discovers books and artifacts of a dead race called “Jews”. Although a member of the Nazi elite, Adolf resents the oppression, fear, and isolation that are part of daily life in the Aryan “paradise” his grandparents helped build.

As he reads the forgotten books, and meets the outcasts who gather at the museum, Adolf discovers a purpose he has long been searching for—and danger he has never imagined.

Based on real-life Nazi plans for museums of dead races, this sprawling alternate history novel takes the reader from decadent Berlin, the capital of the Nazi world empire, across the conquered nations of Europe to uncover the startling secrets at the heart of the worldwide Reich.

Fans of Philip K. Dick’s The Man in the High Castle and Robert Harris’ Fatherland will want to read this new voice in alternate history. 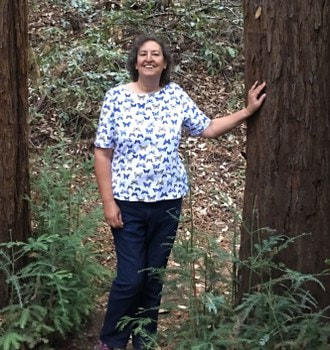 I’ve loved escaping into other worlds for as long as I can remember. Sometimes, through books and movies, I found worlds created by others. Sometimes, I created them myself.

The upside of this quirk was two ready-made careers. The first is teaching high school English so I could share my passion for books and stories with the people I believe need it the most: teenagers. The second is writing, so I could share the worlds I created with everyone.

While not all my fantasy life centers on history, all of my early writing did, probably because of the huge impact Jean Auel and her Earth’s Children series had on me. Despite the rich niche of prehistoric fiction, and authors like Sue Harrison, Elizabeth Marshall Thomas, Mary Mackey and Michael and Kathleen Gear, I couldn’t get enough of it. More properly, I couldn’t find the exact story I wanted to read.

So, I wrote it. And in 2011, published Daughter of the Goddess Lands, Book 1 in my Kalie’s Journey series. I added alternative history with From the Ashes and That This Nation Might Live, and historical fantasy with The Seal Queen.

This year, I am taking the plunge into epic fantasy, with Songs of Light.

When not writing, I enjoy dancing, music, attending science fiction conventions and hearing from my readers. I live in California with my husband and fellow author Tom, our two daughters, Heather and Melissa, and a cat named Oreo.