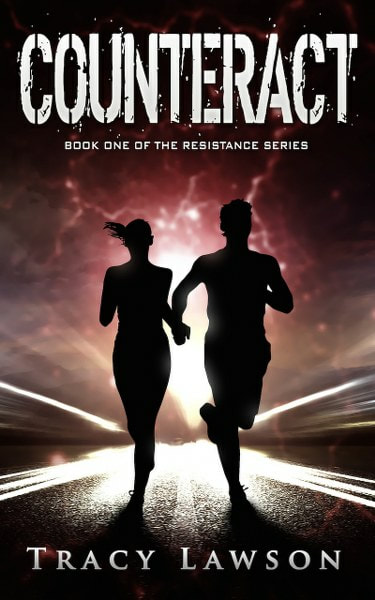 Who do you trust when your world unravels and everything you believed is a lie?

For the past fifteen years, The Office of Civilian Safety and Defense has guarded the public against the rampant threat of terrorism. Teenagers Tommy and Careen have never known life without Civilian Restrictions. For them, there's no social media. No one is allowed to gather in public places or attend concerts or sporting events. Only a small, select group of adults have driving privileges, but it's a small price to pay for safety.

Now a new, more deadly, terrorist threat looms: airborne chemical weapons that can be activated without warning. The OCSD is ready with an antidote to counteract the effects of the toxins. Three drops a day is all it takes. It's a small price to pay for health.

The day the disaster sirens signal the dreaded attack, Tommy shares his last dose with Careen, even though doing so might hasten his death. It's a small price to pay for a friend.Follow Tommy and Careen as they uncover a web of lies and deceit reaching to the highest levels of the United States government and join an underground resistance group that's determined to expose the truth.

"Counteract is a novel for our times, but with a decidedly different plot twist. Most dystopian thrillers focus on the devastating consequences of the unleashed virus or poison on society, community, and the individual. They become character studies of the protagonists and antagonists.

"Tracy Lawson's novel asks an even more disturbing question--what if the real culprit was someone or something we trusted? I thought The Hunger Games might be the Millennial generation's version of George Orwell's 1984. Now, I think Counteract and the Resistance Series are more primed to take that spot."--SR Staley, author of St. Nic, Inc., and the Tortuga Bay series. 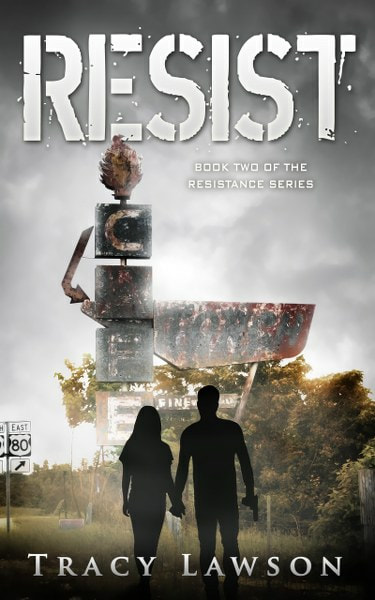 "I loved the first book in this series so much that I jumped right into the second one to continue the adventure. The Resistance Series is another great YA dystopian adventure that combines elements of thriller, romance, dystopian, and much more to create a well-rounded story that is sure to appeal to many readers - it definitely has my attention."--TFL Reader, top 500 Amazon Reviewer

Knowledge comes with a price.

Tommy and Careen no longer believe the Office of Civilian Safety and Defense's miracle antidote can protect them from a terrorist's chemical weapons. After accidentally discovering the antidote's real purpose,they've join the fight to undermine the OCSD's bid for total control of the population.

Being part of the Resistance brings with it a whole new set of challenges. Not everyone working for change proves trustworthy, and plans to spark a revolution go awry with consequences far beyond anything they bargained for.

Tommy and Careen's differing viewpoints threaten to drive a wedge between them, and their budding relationship is tested as their destinies move toward an inevitable confrontation with the forces that terrorize the nation.

Where does love fit in when you're trying to start a revolution?

"Dystopian YA literature needs more writers like Tracy Lawson! Lawson's lean writing style and idea-driven dialogue reminded me of the novels of Ayn Rand, particularly Anthem, but Resist is much faster paced and holds your attention from the beginning.

"Resist picks up right where the first book, Counteract, leaves off, and readers are thrown immediately into the action. I also loved the way Lawson doesn't give her characters the easy way out--they are forced to make decisions and suffer the consequences. These are real people that anchor the story, even if the setting is not." --SR Staley, author of St. Nic, Inc. and the Tortuga Bay series 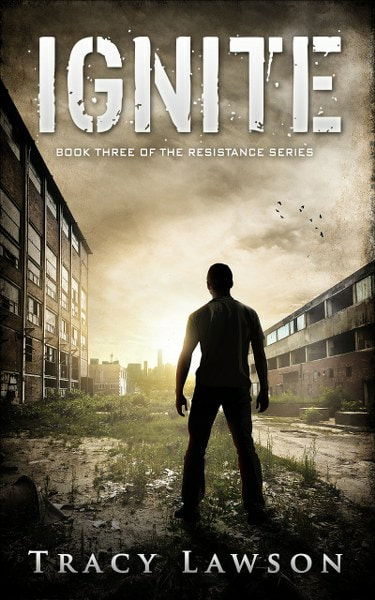 The Greatest Risk Is To Take No Risk At All.

Nationwide food shortages have sparked civil unrest, and the Office of Civilian Safety and Defense’s hold on the people is slipping. The Resistance’s efforts to hasten the OCSD’s demise have resulted in disaster, with Tommy Bailey and Careen Catecher taking the blame for the ill-fated mission in OP-439.

Both teens struggle to survive the circumstances that force them into the national spotlight—and this time, they’re on opposite sides. On the run and exiled from the Resistance members in BG-098, Tommy makes his way to a Resistance safe house in the capital.

The OCSD is preparing to monitor all under-eighteens with the Cerberean Link, a device that protects them against hunger and sickness and can even locate them if they’re lost. Tommy’s now living in close quarters with Atari, an operative who has been assigned to sabotage the Link. But does Atari plan to use it for his own purposes?

Through it all, Tommy refuses to believe Careen’s loyalties have shifted away from the Resistance, and he’s willing to assume any risk to reconnect with her. Will they be able to trust each other when it matters most? 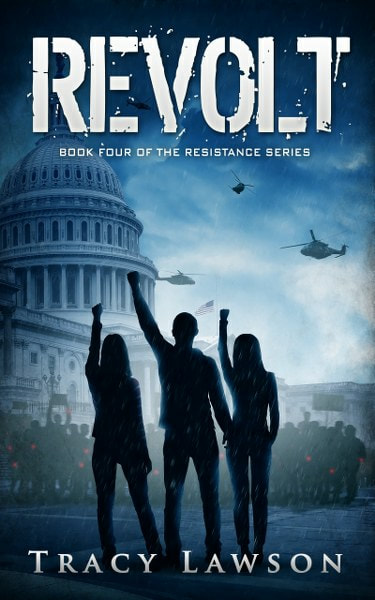 The Explosive Conclusion to the Award-Winning Resistance Series

To Deny Freedom is to Deny the Human Spirit.

Fugitive Resistance fighter Tommy Bailey has come out of hiding to help rescue Careen Catecher from the clutches of the Office of Civilian Safety and Defense, where she’s been held and interrogated for information about the rebel group. The OCSD is poised to launch the Cerberean Link, a security device that will put all minors under constant surveillance under the guise of protecting them.

Fearful that OCSD director Madalyn Davies’s bid for control won’t stop there, the Resistance puts its own plan in motion to sabotage the Link and oust Madalyn from the directorship. Just when everything seems leveraged in the Resistance’s favor, treachery, lies, and long-held secrets threaten to derail it all.

Will even a life together on the run be impossible for Tommy and Careen? Or will the Resistance’s efforts convince the public to put their fears aside and demand freedom? 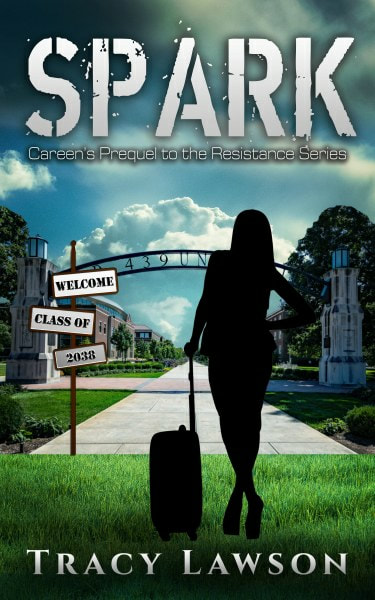 "What was our heroine Careen Catecher like BEFORE she became a firebrand for the Resistance? Well, she was just a normal teenage girl trying to survive college in the totalitarian state of Tracy Lawson's creation." --review by Patrick Hodges

"Careen is a believable, strong female protagonist who, having survived a harrowing terrorist attack, is now trying to survive [college] in a new 'Quadrant' where she can't seem to fit in." --review by Candace Williams

A strong heroine is made, not born.

Though Careen Catecher survived a terrorist attack when she was nine, her childhood ended on that awful day. Now, nine years later, she’s ready for her life to truly begin.

A full scholarship to a prestigious university far from her beleaguered home quadrant seems like a dream come true, but when she arrives on campus, she’s perceived as a charity case, despite grades and test scores that prove she’s the academic equal of the best students there.

Careen knows she’s tough enough to survive just about anything, but fitting in with her acquisitive peers—at least on the surface—is necessary if she’s going to leave the past behind and claim the stable future she craves.

But her past won’t stay buried. She’s only been at school for a few weeks when a cryptic message from an unlikely friend raises questions that may put her in danger all over again.

Check out this novella-length prequel to the award-winning Resistance Series, “a promising new YA series about a totalitarian America.” 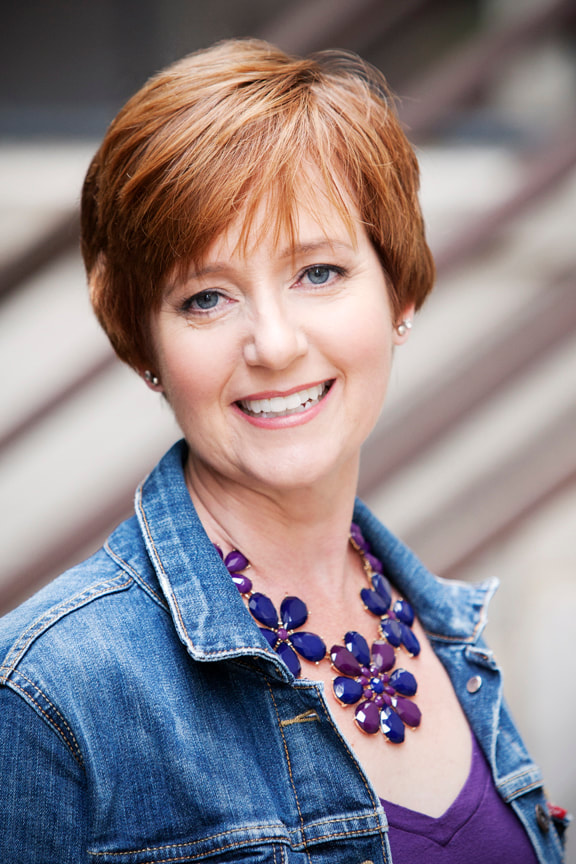 Tracy Lawson knew she wanted to be a writer from the time she could read. In the first grade, she authored sixty-seven contact-paper bound books through her school's Young Authors program. Though that pace proved impossible to maintain, she always intended to be a real author one day.

While working toward her Bachelor's degree in Communication at Ohio University, she studied creative writing with the late Daniel Keyes, author of Flowers for Algernon. After short stints as a media buyer and an investigative analyst, she settled into a 20-year career in the performing arts, teaching tap dancing in Columbus, Ohio, and choreographing musicals. Though her creative energies were focused on dance, she never lost her desire to write, and has a non-fiction book to her credit: Fips, Bots, Doggeries, and More, (McDonald & Woodward, 2012).

Tracy's love for writing Young Adult fiction is sparked by all the wonderful teens in her life, including her daughter Keri, a college student. Counteract is Tracy's first novel.