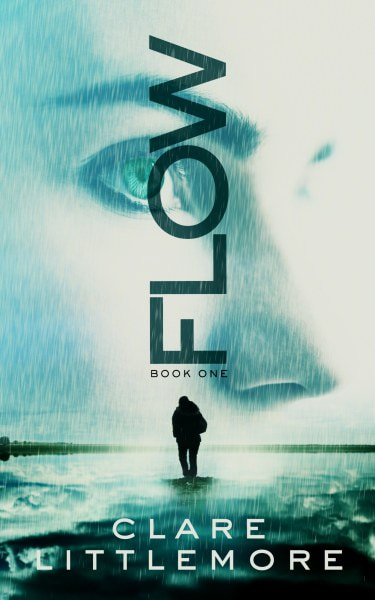 When 16-year old Quin's best friend Harper fails The Beck's assessment, will she ever see her again?

Regular appraisals are part of life in The Beck, a walled-in community constantly threatened by floodwaters. But when the shocking results of the most recent test are revealed, Quin knows her world is about to change forever.

Wrenched from Agric, where she has lived and worked for years, Quin finds herself thrown into the unfamiliar Patrol Sector. Yearning for her lost friend, struggling to adjust to her new surroundings, she begins to question the society she thought she knew.

And then she meets the mysterious Cam, who seems willing to break the rules for her. Determined to find Harper, Quin enlists his help. But when she discovers the horrifying truth, it might just destroy her.

Get two FREE short stories for the Flow series here!!
The Transfer:
https://BookHip.com/MZVJFG 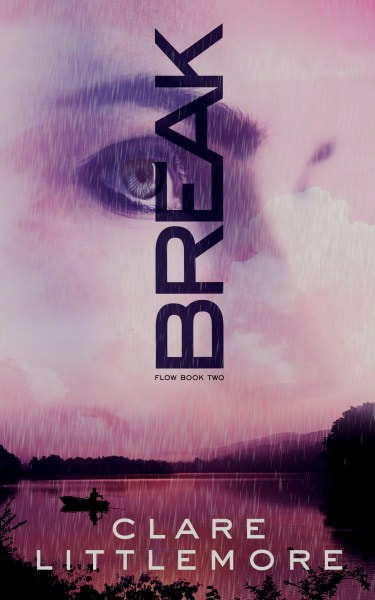 It’s been three months since Quin transferred to Patrol and discovered the terrifying truth about the community she lives in. Citizens of The Beck are disposable and those in charge are capable of terrible cruelty. Vowing to protect those around her, Quin has joined the Resistance. But she knows she is risking everything.

Rebellion of any kind must be secretive and clever. Gathering enough people to fight seems like an impossible task. When those closest to her are directly threatened, Quin knows she has to act. But time is running out. Governance will stop at nothing to protect the world it has worked to build. In the end, Quin must decide how far she is prepared to go to rescue the ones she loves.

Break is the second in the Flow series, which follows Quin as she struggles to carve out a future in the harsh regime she was born into. 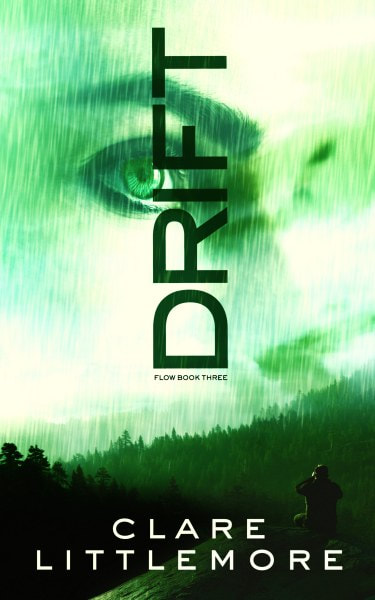 She wanted freedom. But freedom comes at a price.

Quin believed that a life away from The Beck would make her happy. But when a cruel twist of fate forces her to leave sooner than planned, she struggles to come to terms with her new reality. Haunted by memories of the people she left behind, she finds herself wishing she was back in Patrol, with Cam by her side.

Cut off from The Beck, the escapees carve out a new existence on a small island. Tentative bonds are formed, but as disputes surface and rebellion is threatened, Quin quickly realises that their new home isn’t the sanctuary she had imagined. And when one of her fellow citizens is willing to go to desperate measures to save those he loves, he puts the entire community in danger.

As they hatch a daring plan to save themselves, Quin is faced with a terrible choice: protect her friends or follow her heart.

Drift is the third in the Flow series, which follows Quin as she battles to forge a new life in unfamiliar territory without the man she has come to depend on. 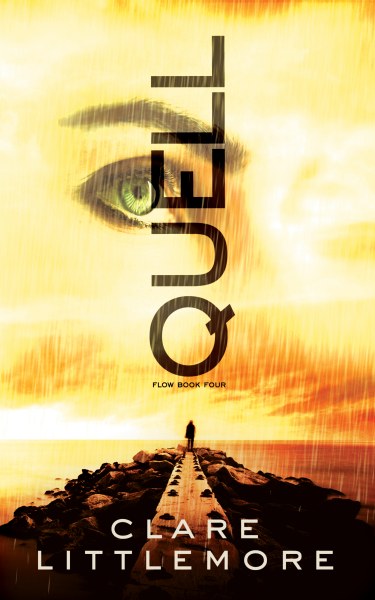 One battle. One chance to change the future.

Having survived the deadly virus that endangered her new community, Quin is devastated to learn that the same sickness threatens The Beck. With Adams and his Shadow Patrol in charge, Cam and her friends are in mortal danger.

The rebels know they’re not strong enough to take on The Beck’s government alone. The only way to succeed is to join forces with The Ridge. But their alliance is built on tenuous threads: one wrong move could destroy their hopes forever.

As Quin steels herself for the final battle, a shocking revelation leaves her wondering what she is willing to sacrifice in the name of freedom.

Quell is the fourth and final book in the Flow series, which follows Quin and her allies into the ultimate battle to save The Beck.

Clare Littlemore is a young adult dystopian and sci-fi author who thrives on fictionally destroying the world in as many ways as she possibly can.

She was born in Durham, in the UK. Her parents were both teachers, and she grew up in a world surrounded by books. She has worked for most of her life as a teacher of English at various high schools in England, where she has shared her passion for books with hundreds of teenagers. In 2013 she began writing her own fiction, got totally hooked, and hasn’t stopped since.

Clare lives in Warrington in the North West of England with her husband and two children.