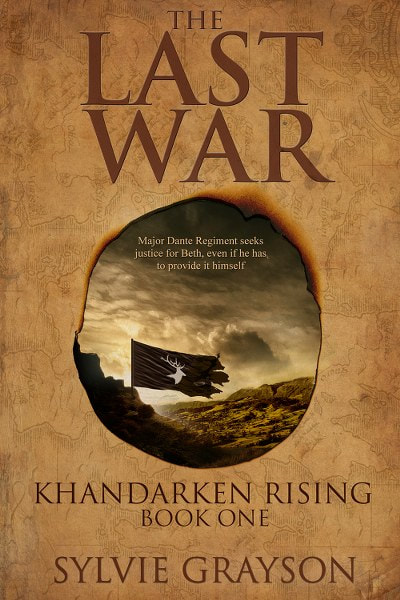 The Emperor has been defeated. New countries have arisen from the ashes of the old Empire. The citizens swear they will never need to fight again after that long and painful war.
Bethlehem Farmer is doing her best to help her brother Abram hold things together in south Khandarken after their father died in the battles. She is looking after the dispossessed, keeping the farm productive and the talc mine working in the hills behind their land. But when Abram takes a trip with Uncle Jade into the northern territory and disappears without a trace, she's left on her own.
Suddenly things are not what they seem and no one can be trusted.
Major Dante Regiment is sent by his father, the General of Khandarken, to find out what the situation is at Farmer Holdings. What he sees shakes him to the core and fuels his grim determination to protect Bethlehem at all cost, even with his life.
Ms Grayson has created a fascinating new world with a lot of the same old problems. Sci fi and fantasy rolled into one with a sure hand and enormous imagination. 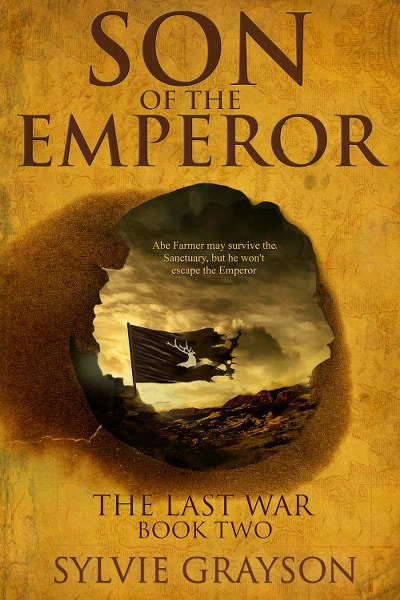 Son of the Emperor
The Last War Book 2

From the mud and danger of the open road to the welcoming arms of the Sanctuary, from attacks by the dispossessed army to the storms of the open sea, Son of the Emperor takes us on a wild ride into danger and on to the dream of freedom.
The Emperor is defeated but already unrest is growing in the north of Khandarken.
After Julianne Adjudicator's father disappears, she seeks to escape the clutches of her vicious stepmother Zanata, and flees to the Sanctuary. This is the safest place for a woman in a hostile world of unrest and roving dispossessed. But when Julianne seeks asylum, it soon becomes clear all is not as it first appeared.
Then Abe Farmer arrives at the Sanctuary seeking medical help. Abe isn't interested in taking a young woman with them, as he and his injured bodyguard struggle to return to the Southern Territory. Yet when he discovers her fate if she stays, he finds he has no choice.
But the journey becomes more dangerous as they encounter the army of the New Emperor. Caught in the middle of a firefight, they flee toward the Catastrophic Ocean. Can Abe keep her safe till they reach home?
The Last War series is a stunning portrayal of a new world created from fire and consumed at the edges …- sci fi and fantasy at its best… 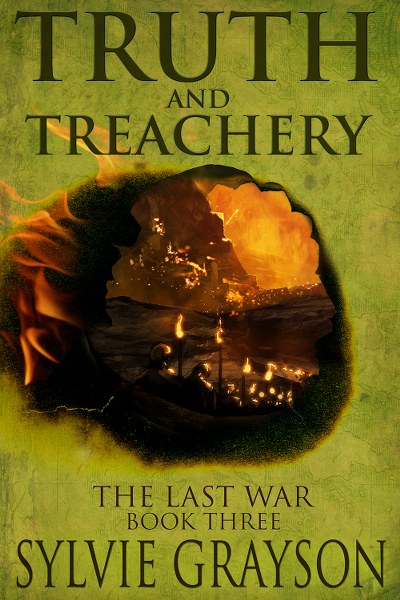 The Last War series is one of a kind. The personal relationships are intriguing… The names are cool, the plot gets thicker with each page, and I loved the author's style. I was sad to be finished and impressed by the world that Grayson was able to create. The descriptions were so real and the well-developed characters and sensuous love scenes make this a page turner.
Emperor Carlton has been backed into a corner, with his visions of expansion collapsing all around him. The skirmishes he's launched have had limited success. But he has a new plan to overthrow everything Khandarken has cobbled together since the end of the Last War, and he knows just the man to make it happen. Chief Constable Lanser is a private man with a close connection to the Old Emprie that he doesn't divulge to anyone. Although he's dedicated to his position in Khandarken, things are not what they seem in the rank and file of the police. And it's his job to fix it. Selanna Nettles is a sookie, trained in Legitamia, who works with the disposessed and injured workers in the Western Territory near her family. When she meets Lanser, her life takes a startling turn once he hires her to accompany him to a set of high-level meetings in Gilsigg. In Legitamia, these three meet up and the result is explosive. Not just for each of them but for the future of Khandarken. When the Emperor makes Conden an offer, can he refuse? Especially as it is everything he's secretly dreamed of. 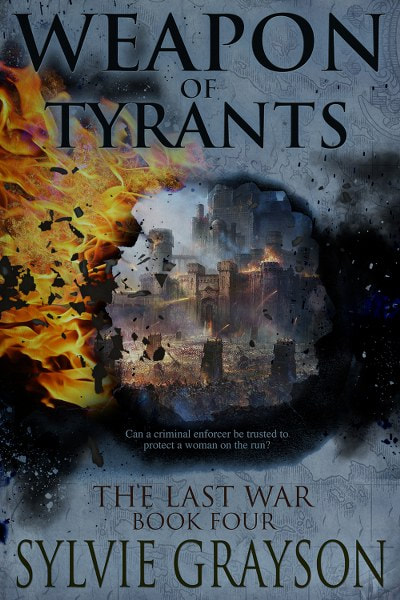 Damian Stuke was an enforcer for a gamer, but now he is in training as an undercover agent for the Khandarken military. Then he encounters a fascinating woman with a hidden agenda. But when he discovers what she is hiding, his protective instincts kick into high gear.
Fanny Master is from the elite in Khandarken, and when both her parents are murdered, she is forced to run for her life, or be the next victim of her hunter. Amid the chaos of the International Head Ball Games and as Emperor Carlton ramps up his plans for invasion, her attacker makes another attempt on her life. Will Damian save her from her unknown enemy, or is he still working for the other side? 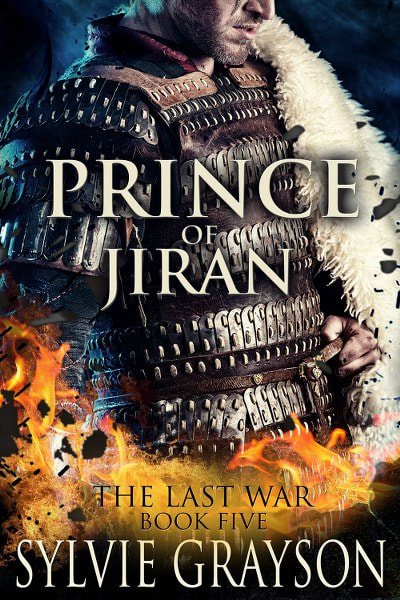 Shandro, Prince of the Penrhy tribe of Jiran, disagrees with his father, Sovereign Pollack, on nearly every issue that arises between them. But his goal is to uphold the family values in spite of Pollack’s conniving moves as he deals with the hotbed of competing nations.
Then Shandro is sent on a mission across the mountains into Khandarken to bring back Princess Chinata, a bride for Emperor Carlton’s Advisor. In exchange, Jiran and the Penrhy tribe are given a peace agreement, protection against invasion by the Emperor’s troops. This seems a good trade, as Carlton is hovering on their borders with his need for more land. However, not far into the journey, it becomes apparent someone is not adhering to the terms of the peace accord.
Near the tribal border, Shandro and his troops have come under direct attack from unknown forces. He digs deeper into Chinata’s background to find strong ties to the New Empire. Is it too dangerous to bring Princess Chinata into Jiran? Or as her escort, does Shandro become her defender against the Emperor’s troops? 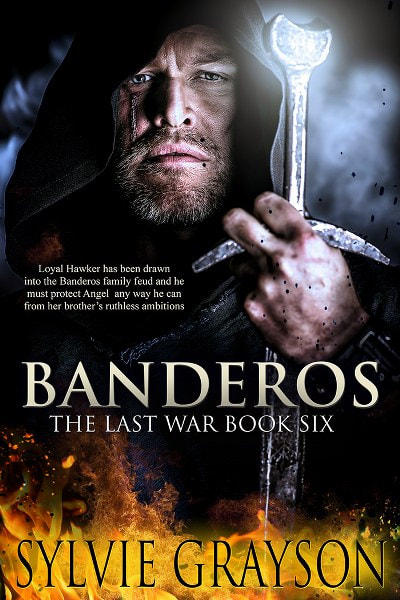 Loyal Hawker, an undercover agent for the Khandarken military, has never met anyone quite like the woman he encounters on his trip to the south. He’s approached by Angel, only daughter among the many sons of Gerwal Banderos, a well-known strongman who seized much of the unclaimed territory north of Adar Silva at the end of the Last War. Angel declares her father wants to meet with him on a matter of urgency. While suspicious of her intentions as she leads him across extensive territory toward the Banderos compound, Loyal can’t deny his attraction to her. With Emperor Carlton invading in an attempt to reclaim his Empire, danger hovers over the Banderos land, and the brothers show they’re not as united as they first appear. During the ensuing chaos, when the compound is besieged, Loyal must work in the midst of deceit and betrayal to protect what is left of Angel’s heritage. Can he survive long enough to find out who’s targeting Angel and save her from her treacherous brothers? 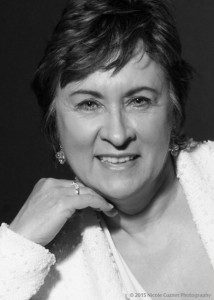 Sylvie Grayson loves to write about suspense, romance and attempted murder, in both contemporary and science fiction/fantasy. She has lived most of her life in British Columbia, Canada in spots ranging from Vancouver Island on the west coast to the North Peace River country and the Kootenays in the beautiful interior. She spent a one year sojourn in Tokyo Japan.

She has been an English language instructor, a nightclub manager, an auto shop bookkeeper and a lawyer. Now she works part time as the owner of a small company, and writes when she finds the time.

She is a wife and mother and still loves to travel, having recently completed a trip to Singapore, Thailand, Viet Nam and Hong Kong. She lives on the coast of the Pacific Ocean with her husband on a small patch of land near the sea that they call home.

$20 Amazon, 5 copies of book one, one copy each of book two to six, ebooks only