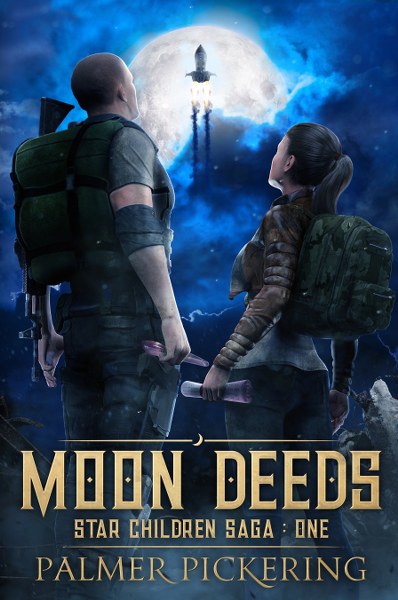 "The path to power is cloaked in shadows, so if you avoid all the shadows, you'll never learn anything."

It’s 2090: the last outpost of freedom is the moon, the best defense against technology is magic, and the only hope for humankind rests in the hands of the Star Children. Twins Cassidy and Torr must save Earth from a ruthless enemy at a time when the only force more powerful than alien technology is magic. Moon Deeds launches the siblings' journey across the galaxy, where they must learn their power as the Star Children, claim their shamanic heritage, and battle dark forces that threaten humankind.

The Star Children Saga follows Cassidy and Torr as they slowly awaken to their destiny as the twin Star Children, born every millennium to reconnect with the source of all life. They come to discover the sheer enormity of their task: to find our ancestors on a lost planet across the galaxy and save humanity from a spiraling descent into darkness. The powers they must wield to accomplish this task are truly frightening and put at risk everything they love.

Come along with twenty-year-old twins Cassidy and Torr, who inherited deeds to land parcels on the moon. They want to use their moon deeds to get off Earth and escape a brutal dictatorship. But first they must unlock their shaman powers. A rollicking yet poignant adventure in the not too distant future, when we have colonized the moon and nearly lost Earth to a dictatorship. Only the shamans remain free, plus the lucky ones who escaped to the moon.

"Evocative, wholesomely absorbing, and thematically rich, Moon Deeds is a must-read for all science fiction fans ... Stunningly written, filled with magic, science, and intrigue, and featuring fascinating, endearing characters and a brilliant ravaged setting, this ambitious sci-fi novel is one of few books that once started are hard to put down and will make fans eagerly wait for the next installment in the series. It's a novel that deserves to be read by every science fiction lover. Highly recommended." -THE PRAIRIES BOOK REVIEW

"A highly recommended read for fantasy fans everywhere ... There are some powerfully adult themes at play in this epic-length space opera, making the character-driven emotional plot just as important as the galaxy-wide savior story at play in the wider story arc. Fantasy and science fiction fans will enjoy the combination of alien sci-fi elements, super tech, fantasy magic, and old mythologies, which are all woven into the everyday plot with great credibility. Author Palmer Pickering handles the balance of interpersonal drama and plot progression well, and fans of series like Star Trek and Doctor Who are sure to appreciate such craftsmanship." -K.C. Finn for Readers' Favorite

"Intelligent, high science fiction at its finest ... I found this novel to be as much a psychological thriller as it is a science fiction adventure, and the draw-in happens almost instantly. This is unquestionably one of the best books I've read this year and Pickering has roped in an entire family as new fans. I'd give Moon Deeds a whole bucket of stars if I could." -Asher Syed for Readers' Favorite 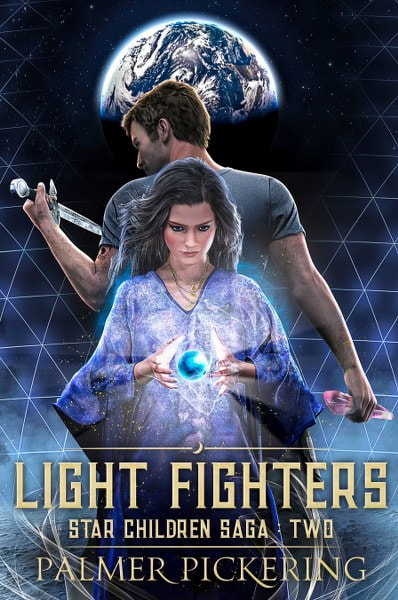 “This is one of the best fantasy books I’ve read in a long time.”
- T. Govender

In Light Fighters, Cassidy and Torr are trying to survive on the moon while facing threats from all sides. As their shamanic heritage surfaces and they hone their magical skills, they are hunted for their power, escalating into a tension-filled game of cat and mouse.

Ridge is stuck between the sadistic Balty and the desire to control his own life. His magical gifts become entangled with those around him, pulling him between opposing forces. When his path crosses that of the Star Children, he must decide whose side he is on.

A compelling expansion of the Star Children Saga. 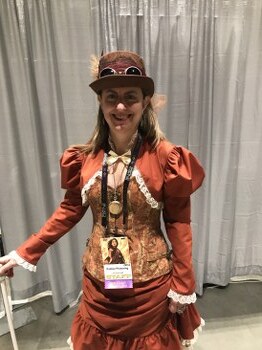 Palmer has been writing fiction since she was eight. She received her BA in American Studies from Wesleyan University, with concentrations in Religion and Race Relations.

She currently works in Silicon Valley in the gaming industry and high tech. In addition, Palmer holds a certificate in Chinese Acupressure, is a certified solar panel installer, and studied Tibetan Buddhism with the 14th Dalai Lama.

She lives and writes in the magical redwood forest of the Santa Cruz Mountains, California.

Print Set of Both Books,

Posted by Bedazzled By Books at 5:08 PM