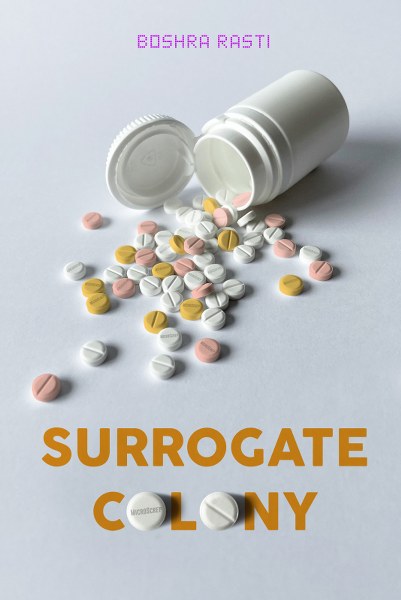 In MicroScrep, a post-pandemic world, one politician, Arthur Mills, brings all scientists and engineers together to create a vaccine and rebuild a world where harmony ensues. What results is a society where algorithms control who you marry, who your child is, and what position you have.

Adriana Buckowski is not normal. Her eyes are two different colors, making her less susceptible to the system’s propaganda, she has a unique connection with a boy named Zach, and she has questions. Weird occurrences happen as she gets closer to her Calling Ceremony, where she’ll be given a position. When she finally starts piecing together the twisted motives at play in MicroScrep, she becomes a cog in the wheel of the state.

Her only option for survival lies with Zach, and the hope that she will be vindicated through a vigilante group off-grid. But with time ticking against her, will she survive long enough to be redeemed?

“A stunning debut by a bold new writer whose vision of the future conjures the near-impossibility of affection, with women tossed homicidally into surrogate birthing centers and men groomed to become, yes, eunuchs. Or if you will, think Brave New World meets The Texas Chainsaw Massacre. Boshra Rasti’s dystopia redeems itself when two young characters conceive of a daring off-grid survival among a group of elusive scientists. The author’s mature and compelling voice is not afraid to lift the scrim, but beware, for when she does lift the scrim, readers may recognize a society whose angers and horrors and violent fetishism may seem all too familiar. Surrogate Colony is a must read.”
~ Dan Gutstein, author of Buildings without Murders

“The crisp prose and vibrant characters contained within Surrogate Colonies' worldscape is a stunning debut by an author sure to capture the public imagination. Rasti writes of the not-too-distance future with terrifying clarity. “
~ Raymond Lee, author of The Race Riot

“Surrogate Colony is a thrilling tale of love, betrayal, and the dangers of a world reliant on technology.”
~ Caryn Pine

“Boshra Rasti’s sweeping dystopian drama follows two young protagonists on a journey of survival and redemption. Set in a post-pandemic world, Surrogate Colony explores the human psyche after trauma and what can happen when we succumb to fear. While Ms. Rasti’s writing is filled with vivid imagery and edge-of-your-seat action, it is also the bond between Adriana and Zach that anchors this story firmly in the reader’s mind.”
~ Katherine Day, Grattan Street Press

“It is not a surprise to learn that Boshra Rasti has a debut novel coming out. I knew that she had the goods as a writer when her brilliant short piece Creep appeared in Literally Stories UK during the spring of 2021. She writes tough, economical yet entertaining descriptive prose. From what I have previewed of it, the same holds the day in Surrogate Colony. All readers new to Boshra will be well rewarded."
~ Leila Allison, Associate Editor, Literally Stories UK 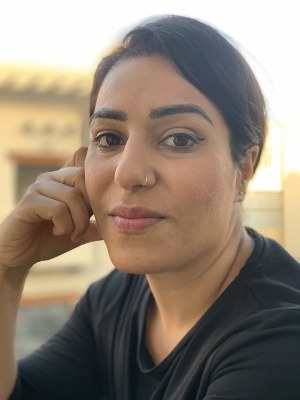 Boshra Rasti is an Iranian-Canadian expatriate, writer and educator. She currently lives in Qatar as a teacher.

Boshra draws inspiration from the teenage mind, one she may not have fully outgrown. She also is an avid runner who enjoys the self-torture of running in Qatar. She has other eclectic interests such as making vegan ice-cream.

She may or may not use a pen name in the future to prevent a life-long tendency that people have of butchering her name. She hopes to someday make her home somewhere that doesn’t include burning up due to the consequences of global warming. You can find her works on her website: www.boshrawrites.com