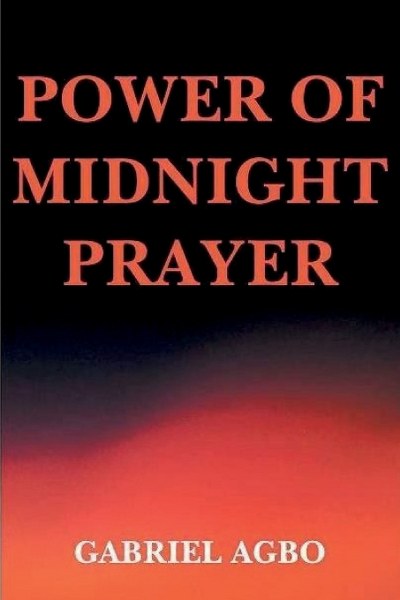 This book ‘Power of Midnight Prayer’ will certainly be one of the most comprehensive and most powerful books written on spiritual warfare. The choice of the title came from a wealth of experience, chilling testimonies and confessions, and a careful study of the word of God. It is indeed a very rich and well-researched work. It has been described as an incredible book.

Here, you will learn of the enormous but yet to be fully tapped spiritual power embedded in the prayers done between 11:00pm and 3:00am. Do you know enough about the explosive powers of praise, prayer and fasting? Do you know what roles the angels of God, the Spirit of God and the fire of God play in our war against the kingdom of darkness?

In this book, you will hear directly from the former grand occult masters of the colossal destructive impact that the name and the blood of Jesus cause in Satan’s kingdom. What happens when Satan and his demons come directly in contact with these two most powerful elements in the universe? Why did Satan fall from his chair in a meeting because the name of Jesus was mentioned? Do you know about the enemy’s war strategies against the church, the Christians and the ministers? How does he bring down and sometimes kill ministers of the gospel? Who are the agents of the dark kingdom in the church? What roles should the prayer warriors play? What is the interest of the kingdom of Satan in human flesh and blood? Why human sacrifices in the occult world?

Read various accounts from the former agents of Satan and even the media on sacrificing of humans and other chilling unprintable practices. Why would a woman pluck off the eyes of a crawling baby, slaughter her with all her crying and groaning, and then pound her flesh and eat? What does the occult do with sex? Can evil spirits, covenants and curses be transmitted through sex? Why would a man sleep with a little boy, depositing snake in his stomach just to acquire power, wealth and position?

You will also find other explosive topics like wrestling with God, binding and loosing, smashing the gates, open doors, whole armor of God, gates of heaven and gates of hell. The twenty-one power-loaded chapters of this book will surely set you on fire for God. I bet you have never read anything like this before. 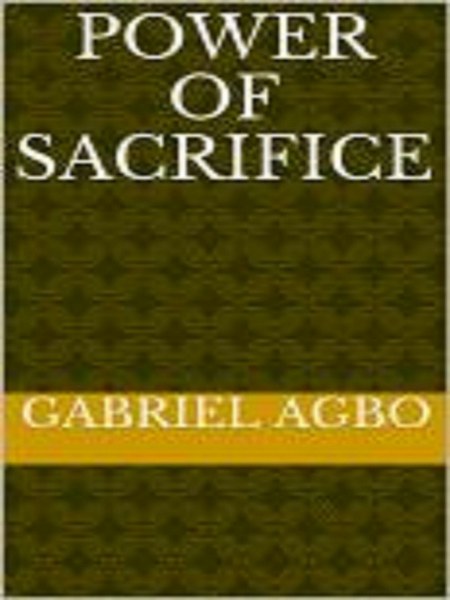 Sacrifices are powerful. Very powerful! The richest man, the strongest man, the most blessed men and women, the wisest, the greatest king, the most powerful prophets were all men and women of sacrifice. They gave all, risked all for their people, humanity and for God to achieve their goals and feats that even eternity will be proud of.

You want to know their secrets? Good. If you want to become great, you must first become a man/woman of sacrifice. All things are possible to them that can pay the price. You will find these highly revealing chapters – Power of Sacrifice, Sacrifice Your Only, I Will Pass Through Egypt, I Will Pay The Price, Follow Me! We Came For You, I Will Preserve You, Cook That Last Meal, Power to Save, Praise, Prayer and Fasting.

We have not only discussed the great sacrifices of great men and women in the bible and how their actions made them great, but also people like Yonatan ‘Yoni’ Netanyahu of Israel; the young Israeli who led the commando unit to rescued the Jewish hostages who were kept in Entebbe airport after their plane was hijacked and diverted to Uganda in 1976. We also looked at some of our military heroes, especially those of the Special Operations – like the SEALs, Delta Force. These men give their best; constantly risk everything, including their lives to defend their people and humanity. They sacrifice their lives to protect others. Jesus said that the greatest sacrifice is for a man to give his life for others. We salute them! They teach us what sacrifice should be. Jesus said that what sacrifice can be greater than a man laying down his life for his friends? We praise their courage and extreme patriotism.

Here, we will learn about sacrifices of faith, kindness, patriotism, prayer, fasting and praise. When you go beyond the ordinary in any of the above, you immediately set off divine, unseen, supernatural forces that will respond, rush towards you. 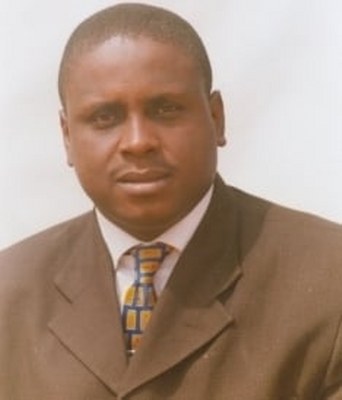 I am an evangelist and an ordained minister with the Assemblies of God, Nigeria. I write  weekly  columns in the Guardian Newspapers of Nigeria,, eagleonline.com, ezinearticles.com , Modern Ghana, and several other national and international journals. We also publish books, conduct crusades, seminars, prayer conferences, translations experts (world languages), publish and translate  books in different world languages and market on all global platforms, etc.

I authored the books /audiobooks: Power of Midnight Prayer , Breaking Generational Curses: Claiming Your Freedom, God of Abraham, Isaac and Jacob, I Shall Not Die, Power of Sacrifice, No Cross No Crown, Receive Your healing, Prayer of Jehoshaphat, Uncommon Success, Sex Toys: Good or Evil?, Homosexuality: The Occult, Health and Psychological Dimensions, His Rod and His Staff, etc. These books are available in French, English, Spanish, Portuguese, Arabic, Dutch, Finish, Swedish, German, Afrikaans, Russian, Italian, Hindi, Hebrew, Greek, Chinese, Indonesian, Malay, Japanese, etc. They are on amazon and other major book sites. I am also a member of the International Pentecostal Press Association ( IPPA ), and other reputable organisations. Then, Double Honour ministry, Inc. seeks to take the gospel round the world, take care of the orphans, poor, widows in Africa.

ebook of Power of Midnight Prayer,