The Legend of the Ghost Train - Book Tour and Giveaway 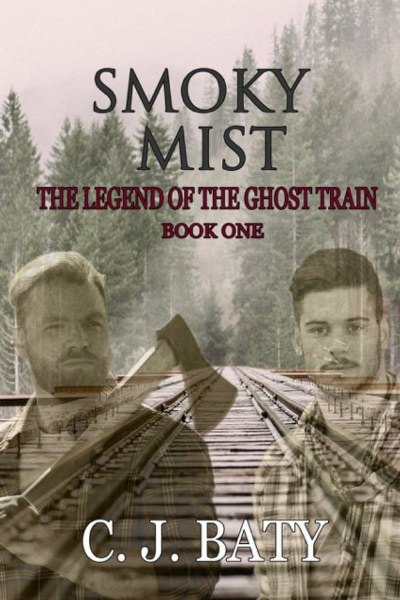 The Legend of the Ghost Train
Today, people say that on a quiet night in the mountains of Virginia, Tennessee, and Kentucky, you can hear the far off shriek of a locomotive whistle and the rumble of the train’s cars as they clamor across the tracks. The legend claims the train moves through the valleys and mountains searching for lost souls that need a lift to the other side.
In the early Twentieth Century, railroads were not only a way to transport people, they also carried all types of goods across the country. Lumber from the forests of Tennessee, coal from the mines of Kentucky, and tobacco from the fields of Virginia were just a few of the industries that depended heavily on the railroad system. Even the Vanderbilt’s built a train system to carry the products needed to construct the great Biltmore Estate.
The Legend of the Ghost Train series will carry you off to a simpler time before WWII and the Great Depression. It’s about the love between two men that wasn’t spoken of and ghosts of past loves that still linger in the mountains. Some haunt the living looking for a loved one. Some want revenge for wrong doings. And, others are evil and will stop at nothing to repeat the past and kill again.
Jesse Lawson was never afraid of the strange and unusual dreams he had. But lately, they were becoming darker leaving him with a need to discover why he was having them. He believed he would find answers at the site of logging camps in The Great Smoky Mountains. His great grandfather had lived and died there, and Jesse was sure it was Jackson Douglas haunting him.
Carter Thompson never knew his great great uncle George Thompson, but he inherited his land, home, and money. George had come here to America to find work in the lumber camps. Meeting Jesse Lawson was about to turn his world upside down. Jesse’s dreams somehow involved Carter, and the more they searched the closer they became.
George left journals that could clear up many mysteries, including Jackson Douglas’s death. Now it seemed that something was trying to destroy Carter and Jesse’s growing attraction to each other. Whoever it is will stop at nothing to keep them apart, even if they have to repeat the past to do it.
There will be three books in this series. Each is a stand alone and can be read in any order. Each has a HEA.
**Only .99 cents!**
Add to Goodreads
Amazon * Books2Read 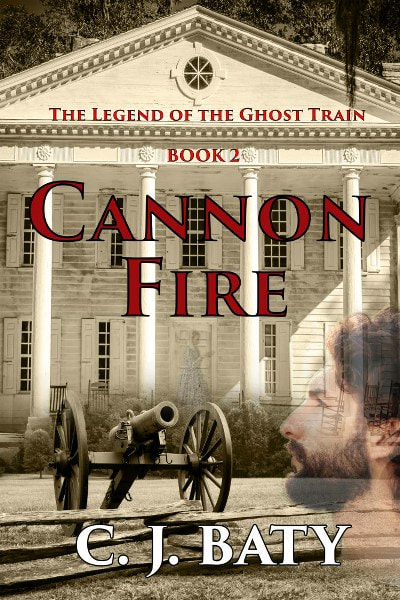 Cannon Fire
The Legend of the Ghost Train Book 2

1862 – Maxwell Ryder refused to honor a prearranged marriage with Penelope Walker. Instead, he fell madly in love with her younger brother, Jeremiah. When Maxwell returned to his regiment, Penelope planned the murder of her brother. Hiding his body where no one would ever find it. Maxwell died during a Civil War battle never knowing what happened to his love.
Present – Luke Ryder was the last descendant of the Ryder family. It was on his watch that the family’s great home, White Oaks Manor, was sold to a rich business man named, Jacob Walker. He hated Jacob before he ever met him, but after, Jacob asked him to join in the restoration of the old manor, their time together brought them closer and love started to bloom.
Jacob Walker and his sister Trisha, own their own business, buying and restoring classic homes. Jacob fell in love with White Oaks Manor before he ever met the man who had to sell it to him. Luke Ryder was nothing like any of the men Jacob had ever known. He was charming, funny, and very passionate about his family’s heritage.
As the two work together, the attraction between them grows stronger. Then strange things begin to happen at the manor. People being injured, cold winds, and wild screams during the night. Trisha seeing a woman’s ghost that warns her to keep her brother away from Luke Ryder. Jacob has strange dreams of his own. None of them know of the impending danger that is watching over them.
Penelope Walker was made a fool of once. Condemned to haunt White Oaks Manor where her brother’s body is hidden, she kept Maxwell and Jeremiah apart in life and she sure in hell isn’t going to let them be together in death.
Can Luke and Jacob save themselves, and the lovers from the past before Penelope reeks her vengeance again?
Add to Goodreads
Amazon * Books2Read 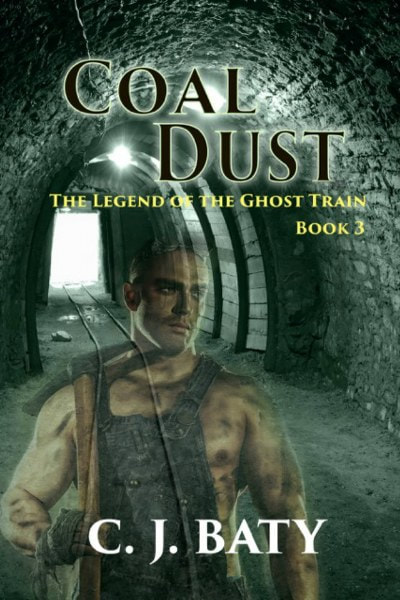 Coal Dust
The Legend of the Ghost Train Book 3

The Legend of the Ghost Train continues:
1930’s Harlan County Kentucky
Boone Douglas and Tucker Winchester are from different worlds, both knew that being homosexual could be a death sentence in this backwoods hell. Their love blossomed in spite of everything.
Two men find love, during a difficult time for the Appalachian states, where many lived in poverty. They struggled, working long days in coal mines for pennies. There were also hostilities between mining companies and the unions who wanted to rally the mine workers. There’s a reason it’s called Bloody Harlan County.
A greedy man, a cave full of miners, and two lovers suffered the worst fate imaginable.
Present
Craig Waterson, a descendant of Tucker, fell down an abandoned air shift leading to a caved in mine. He dreamed or walked through the past seeing Boone and Tucker fall in love, then lose everything. When he awoke, he discovered that Tucker’s ghost had followed him to the present with a request.
Craig, Tucker, and Doug Harper, Boone’s great nephew, work together to recover the remains of the miners who were killed in the Copperhead Mining Accident. Many secrets have to be uncovered before Boone and Tucker can find peace or Craig and Doug can find their own happily ever after.
Warnings:
Violence, homophobic slang terms
Add to Goodreads
Amazon * Books2Read

CJ Baty dreamed of writing her own stories from a very young age. Time and life got in the way, but with the encouragement of her two grownup children, she began to follow that dream. She loves a mystery and when you mix in romance and hot men, you can bet there’s going to be a happily ever after. She brings her love of nature and the mountains of the Southern states into her stories too. Too many years spent in an office crunching numbers, left her with the desire to explore new places and experiences. Whenever, possible you can find her in Tennessee enjoying the fresh air and beautiful scenery. Her muse lives there so she visits often. She believes deeply that love is love and love is what binds us all.
Website * Facebook * Twitter * Bookbub * Amazon * Goodreads