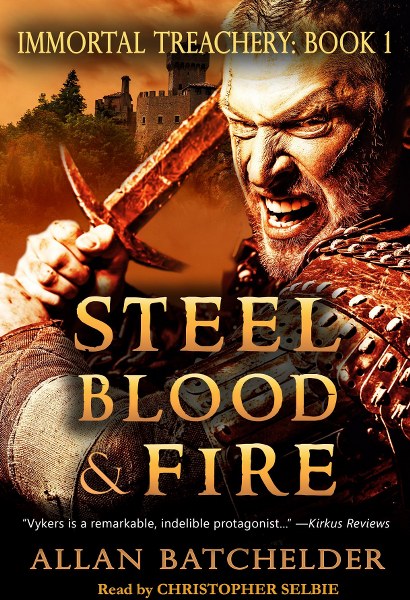 
His awestruck opponents call him The Reaper, an iron-willed man with no memory of his past, a ruthless champion who has risen to the level of death incarnate.

But The Reaper has collected a legion of enemies as he cut a bloody swath through the greatest of heroes and villains. And these dogs have finally had their day, exacting a revenge both cruel and creative.

Wandering lost, horribly disfigured and unable to fight, Vykers stumbles across the bones of a half-buried skeleton that can transform his ruined body in an inconceivable way. But first he must make a devil’s pact with…

A secretive, ghostly sorceress with ambitions of her own. If Vykers wants to wield a sword again, he must surrender to Arune that which he holds most dear. But can he trust this ethereal enchantress to hold up her end of their dangerous bargain?

Vykers has few good choices, and he must make them quickly, for an impossibly talented and savage wizard has arisen to threaten all of humanity…

THE END OF ALL THINGS

Once an autistic boy hardly able to speak, The End has evolved into a supernatural terror bent on extinguishing all life. A fearsome and unequaled tactician, The End is the only person who doesn’t fear “The Reaper.”

To have any hope of defeating this bloodthirsty mage, Vykers must gather the strangest, most dangerous cohort of killers ever assembled. Then he must seek out the only weapon that can defeat this terrible adversary…

Behold the greatest clash of men, monsters, and Fey that the kingdom has ever known. Vykers, at the head of his outnumbered contingent, launches a desperate attack against The End, with the fate of the world hanging in the balance.

But The End is a creature worthy of his name. He has forged a secret weapon, a wicked and terrible instrument that will break through Vykers’ defenses and exact a devastating toll.

Only one thing is certain, this extraordinary battle will end in a way that no one could have predicted! 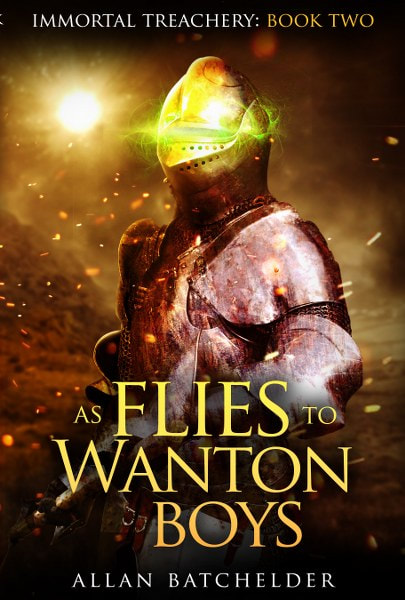 Three years have passed since Tarmun Vykers’ victory over the mad sorcerer who called himself the End-of-All-Things. But they’ve been three long years, confined to a sick bed with a grievous wound that will not heal, cannot be healed by any means known to man. And then something unthinkable happens, and Vykers is summoned once again to save the kingdom.


This same mysterious event ensnares Long Pete and his companions, reuniting them for a mission whose consequences none can anticipate and not all will survive. Will Vykers master his wound, or will it finally end him? Can Long Pete serve both his Queen and his family? And what of the A’Shea, Aoife, who finds herself torn between her faith and her powerful attraction to the Reaper? In a world in which the gods play with the fates of men as mischievous boys torture insects, nothing but strife is certain. 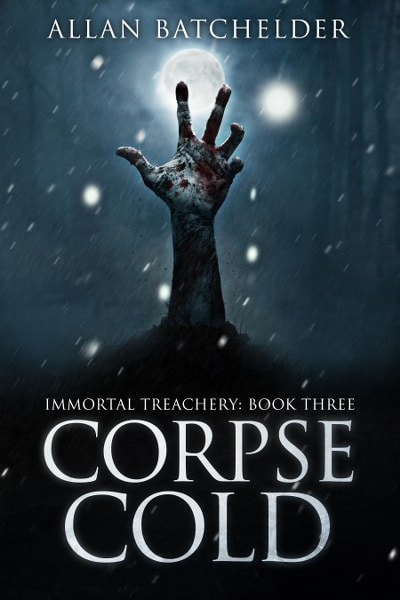 Betrayed by his closest friend, someone who has also stolen his most precious possession, Tarmun Vykers wants revenge.


Kittins wants revenge, too, against the all-powerful Queen, who’s been manipulating and dictating his every move for far too long, to devastating effect.

Long Pete wants revenge against the slavers who murdered his wife and even now hold his only child captive.

And many others too numerous to count want revenge as well, for slights both real and imagined.

One thing is certain: punishment is coming.

Follow the Reaper again, as he fights through the worst winter in ages to deal out revenge that leaves his victims corpse cold. 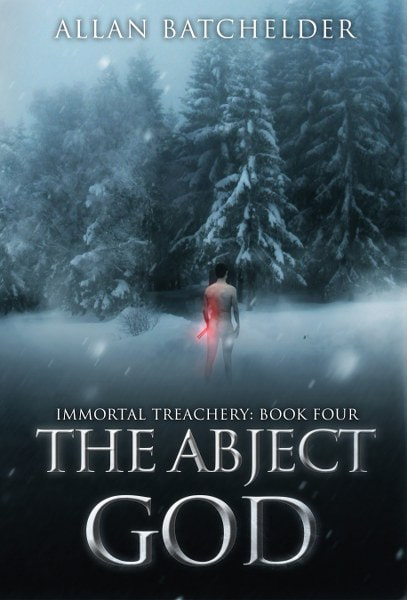 Vykers once killed some of the Emperor’s soldiers; now, the Emperor has crossed the sea with all his legions to exact a revenge that will impact not only the Reaper, but Kittins, Spirk, Eoman, and even the Virgin Queen herself. Meanwhile, pieces to the puzzle of Vykers’ origins begin to fall into place, revealing people and purposes both unexpected and heretofore unimaginable. And then there is the long-suffering Long Pete, who must now contend with an utterly reshaped reality that threatens his very existence. 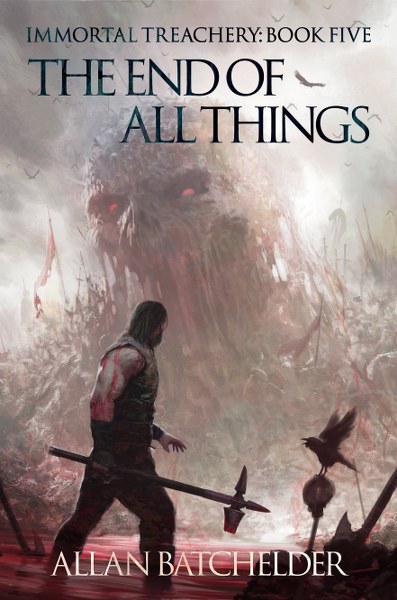 The End of All Things
Immortal Treachery Book 5

Tarmun Vykers, the Reaper, has battled his way across time and two continents, toppling kingdoms and empires alike and killing untold thousands in the process. And he has never really known why.


But he’s about to find out.

And with this new knowledge must come a reckoning—with the Queen, who has manipulated Vykers every step of the way, with the Emperor, who would take what is rightfully the Reaper’s, and even with the gods themselves.

It is time for the Reaper to do what he does best. 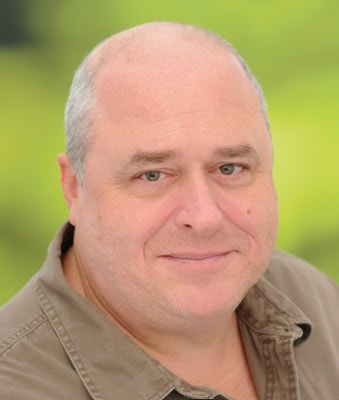 Allan is a professional actor, educator and former stand-up comedian. In addition to Steel, Blood & Fire, he's also written plays, screenplays, online articles, dialogue for computer games, greeting card sentiments and more. He holds a Master of Fine Arts in acting from the National Theatre Conservatory and a Master's in Teaching from Seattle Pacific University. He is a huge fan of Shakespeare, Steven Erikson, Joe Abercrombie, Glen Cook, George R.R. Martin, Tad Williams, and R. Scott Bakker. Allan lives in Seattle with his wife and son, where he enjoys walks on the beach, reading in the garden and puttering around on his computer. Oh, and naps. He LOVES naps.
Website * Facebook * FB Group * Twitter * Instagram * Bookbub * Amazon * Goodreads